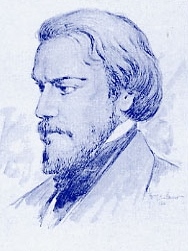 Paris of the early 19th century was in the grip of great upheavals. During and following the French revolution 1788-1799, Paris was profoundly affected by social unrest. A new type of society was being formed – a republic based on liberty, equality and fraternity.

The 1830s brought the collapse of the old Bourbon monarchy which had dreams of strengthening the throne with the support from the Church. Religion was on the decline and atheism increasing; scepticism was virtually triumphant in the teachings of Saint Simon.

Large numbers of the country people were moving to the cities to find work in the factories. Many arrived to discover that there was no work, little pay or that the factories were closed due to revolution.

In 1832 an epidemic of cholera swept through Paris killing up to 1200 people each day. Large slums areas were forming in Paris; thousands of people lived without work, some without clothes, and many alcoholic. Homelessness, disease, and starvation were common.

A young student, Frederic Ozanam had to walk through the poorer suburbs on his way to university lectures each day and he soon became deeply moved at the hopeless state of families who had been left without the support of their breadwinners after the epidemic.

It was the taunt of an anti-religious opponent in a debating society founded by the students that stung him to action:

“You are right Ozanam when you speak of the past! In former times Christianity worked wonders, but what is it doing for mankind now? And you, who pride yourself on your Catholicity, what are you doing now for the poor? Show us your works”

Frederic Ozanam gathered a few friends around him and on 23 April 1833, they met to decide what they could do to assist the poor. After the meeting Frederic and his flat mate took the remainder of their winter wood supply and gave it to a widow. These young men attracted the comment “What can seven young men hope to achieve in alleviating the suffering of Paris?” Fortunately Ozanam paid little heed to their comments, determined to satisfy his own conscience that he was doing what he could to bear witness to his Christian upbringing by assisting those less fortunate in the community.

The small group decided to adopt the name The Society of St Vincent de Paul after the Patron Saint of Christian charity. They sought the advice of Sister Rosalie Rendu, a Daughter of Charity who was visiting poor families in one of the poorer districts. Sr Rendu introduced the young men to people they could assist. They agreed to meet weekly to strengthen their friendship and to respond to the needs of those they served.

It was not long after that other good citizens of Paris took note of the charitable works of the students. Within a year membership had expanded to 100 and it became necessary to split the conference (group) into three separate conferences. At the same time other conferences sprang up in Parishes around Paris. In its first decade the Society spread to 48 other cities in France and Italy and numbered over 9,000 members. After some years the Society reached Rome (1842), England (1844), Belgium, Scotland, Ireland (1845), the United States of America (1846) and Australia on 5 March 1854.

“Love the poor. Honour them, my children, as you would honour Christ himself”

Vincent de Paul was born in the small southern French town of Pouy (later renamed Saint Vincent de Paul in his honour) on 24 April 1581 and ordained as a priest in 1600 at the age of 19.

As a young man he ministered to the wealthy and powerful. However an appointment as chaplain to a poor parish, and to galley prisoners, inspired him to a vocation of working with those most marginalised and powerless.

Vincent urged his followers to bring God’s justice and love to people who were unable to live a full human life:
“Deal with the most urgent needs. Organise charity so that it is more efficient…teach reading and writing, educate with the aim of giving each the means of self-support. Intervene with authorities to obtain reforms in structure… there is no charity without justice.”

Vincent de Paul died in Paris on 27 September 1660 at the age of 79. He was canonised on 16 June 1737 and, in 1883, the Church designated him as the special patron of all charitable associations. 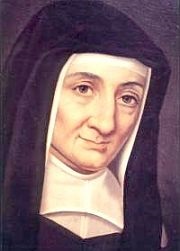 Louise did not know her mother and was raised by her father. From the time she was a small child, she was taken to the Dominican sisters, who gave her a good education. Later, she went on to further education at a residence for young girls in Paris. Her education was much better than that of most children her age, and Louise became one of the best educated women of her time.

Louise had a desire to join a religious order, but she was not allowed to join. She married Antoine le Gras, secretary to the Queen Mother, in 1611.

According to Louise, Antoine was a good man. Throughout their marriage, Louise travelled a lot and socialised with the royalty and aristocracy of France. Louise and Antoine had a son, Michael, and lived together happily for many years. Antoine, however, became sick, and he died in 1625.

After her husband died, Louise met and became friends with Vincent de Paul. Despite the fact that she had come from a background of wealth, and knew many rich people, she was just as comfortable around poor people. Louise dedicated her time to helping abandoned children on the streets. She also visited sick men in the prison hospital and established a house near the hospital where, each day, many women would cook food that visitors would then take to the prisoners.

Louise is the patron saint of sick people, widows and orphans, and in 1960, Pope John XXIII proclaimed her the Patroness of Social Workers. 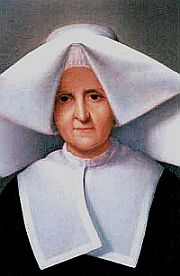 Jeanne Marie Rendu (later called Sister Rosalie Rendu) was the eldest of four girls in her family. Her parents were simple-living but well respected people who lived in the mountains. When Jeanne was only three years old, the French Revolution broke out in France. At this time, many faithful priests were forced to flee because people wanted to hurt them, and the Rendu family home became a refuge for many of these priests.

Following the death of her father and baby sister, Jeanne helped her mother to look after the family. Jeanne’s mother sent her to a boarding school so she could get a good education. During her two years there, Jeanne would walk around the town, and one day she discovered a hospital where the Daughters of Charity cared for the sick. Her mother gave her permission to spend some time at the hospital, and Jeanne soon felt called by God to become a Daughter of Charity.

When she was nearly 17 years old, Jeanne entered the Motherhouse of the Daughters of Charity and received the name Rosalie. She took vows to serve God and the poor, and spent over 50 years living out those vows. She opened a free clinic, a pharmacy, a school, an orphanage, a childcare centre, a home for the elderly and a youth club for young workers. She became known as the “good mother of all”, and helped Frederic Ozanam and his friends to do good works, which is how the St Vincent de Paul Society started.

As well as assisting the poor in the streets and in their homes, Sister Rosalie showed great courage and leadership during the bloody uprisings that took place in France in 1830 and 1848. During the battles, Sister Rosalie would climb up on the barricades – risking her life – to help wounded soldiers, regardless of which side they were fighting on.

Although her health was always fragile, Sister Rosalie never rested; she preferred to keep serving the poor, and managed to overcome fatigue and illness. Eventually, however, her huge workload – combined with her age and increased frailty – broke her resistance, and she became progressively blind during the last two years of her life. She died on 7 February 1856.